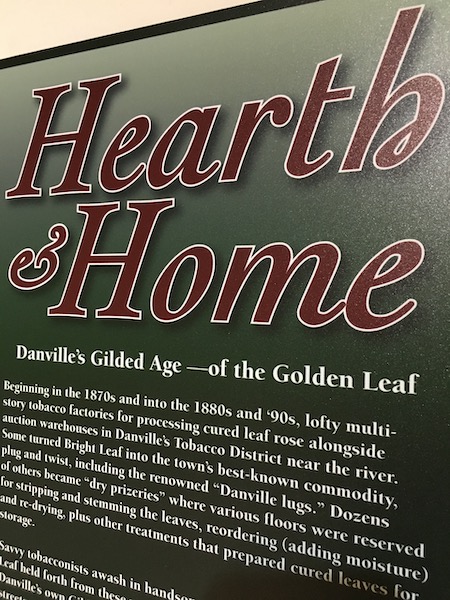 The exhibition “Tobacco Trade That Built Hearth & Home,” which opened on July 1, 2020, profiles not only Sutherlin, the brothers Dibrell and Penn, and the marriage of F.X. Burton to Alice Shelton, whose union also forged a singular tobacco alliance, but, it also recounts the sagas of seven other tobacco titans and their homes in the alcove just outside the Museum’s lower (Schoolfield) gallery. Walls nearby are lined with other artifacts and memorabilia echoing Danville’s unique role in marketing and processing tobacco. The installation includes an 1899 Sanborn (Fire Insurance) Map, covering much of a large wall, keyed to identify local tobacco trades flourishing some 120 years ago. These included prizeries, auction warehouses, factories, companies, stemmeries, storage facilities, and box factories then in the city—a total of seventy-seven (77)!