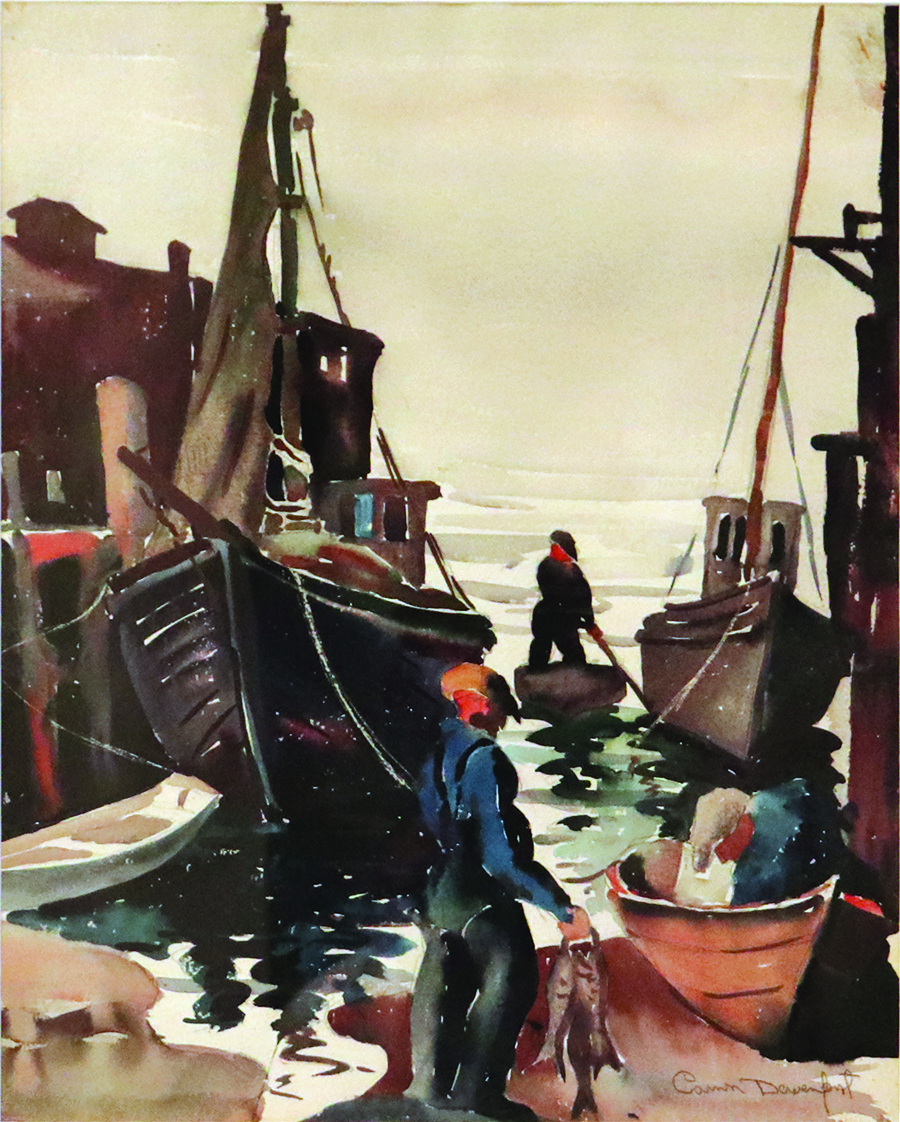 The Danville Museum of Fine Arts and History presents the Carson Davenport Retrospective 2021 in conjunction with Smithsonian’s exhibition - Crossroads: Change in Rural America.

The Danville Museum of Fine Arts and History will be exhibiting nearly 60 works by Carson Davenport from its collection, many of which have never been displayed publicly. The works span 50 years of Davenport’s career and beautifully represent his range from realist portraiture to abstract cubist landscapes. Pieces on display will include oil paintings, watercolors, etchings, woodblocks, and drawings. His 1938 mural Harvest Season in Southern Virginia can also be seen nearby in the Chatham Main Street Post Office. The museum’s collection features several holiday cards which became collectibles for friends of Davenport, three WPA mural studies, and a self-portrait of the private artist. Davenport is often quoted as saying “I am not a public speaker. I just prefer to come quietly and leave my work for people to see, and hope they enjoy them.” DMFAH hopes you come to see and enjoy his work in Carson Davenport Retrospective 2021. 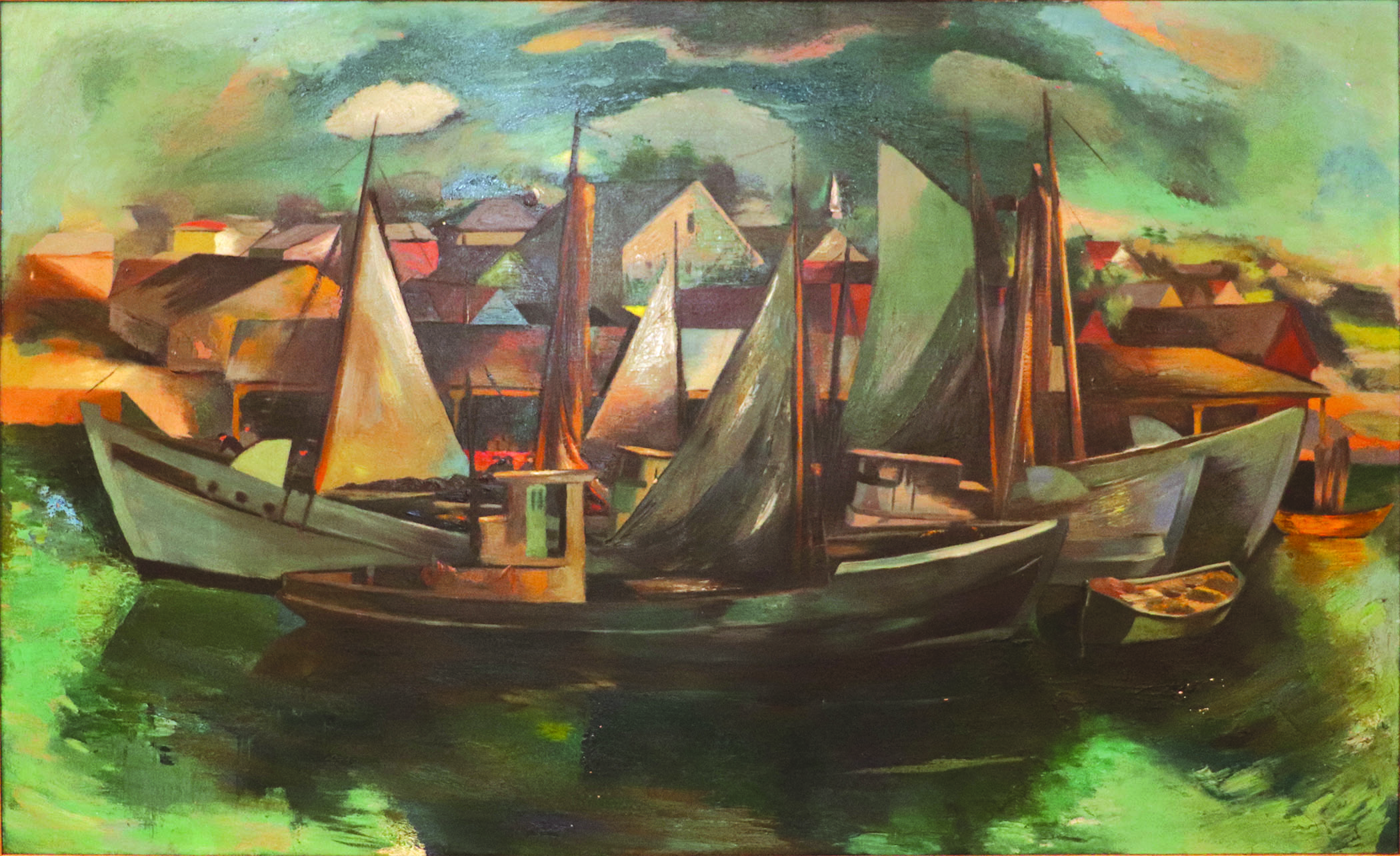 About Carson Davenport: A native of Danville, Carson Davenport was an artist of national reputation and an art educator. Born on February 14, 1908, Mr. Davenport attended the Danville Public Schools and studied art for a year under Clara Lee Cousins at Stratford College in Danville. He also studied at The Corcoran School in Washington, Grand Central School of Art in New York, the New York School of Fine & Applied Art, The John Ringling School in Sarasota, Florida, and The Eastport Summer Art Colony. His works have been exhibited widely. He is represented in numerous public and private collections throughout the country including the White House Collection, Knoedler Galleries of New York, the Virginia Museum and Valentine Museum in Richmond.

During the Depression he participated in the Public Works Art Project. In 1936, Davenport was commissioned to illustrate the industries of Virginia by the United States Treasury Department. He was commissioned by the United States Postal Service to paint murals in Chatham, Virginia and Greensboro, Georgia. In 1937, Davenport became the director of The WPA Art School and Gallery at Big Stone Gap, Virginia. 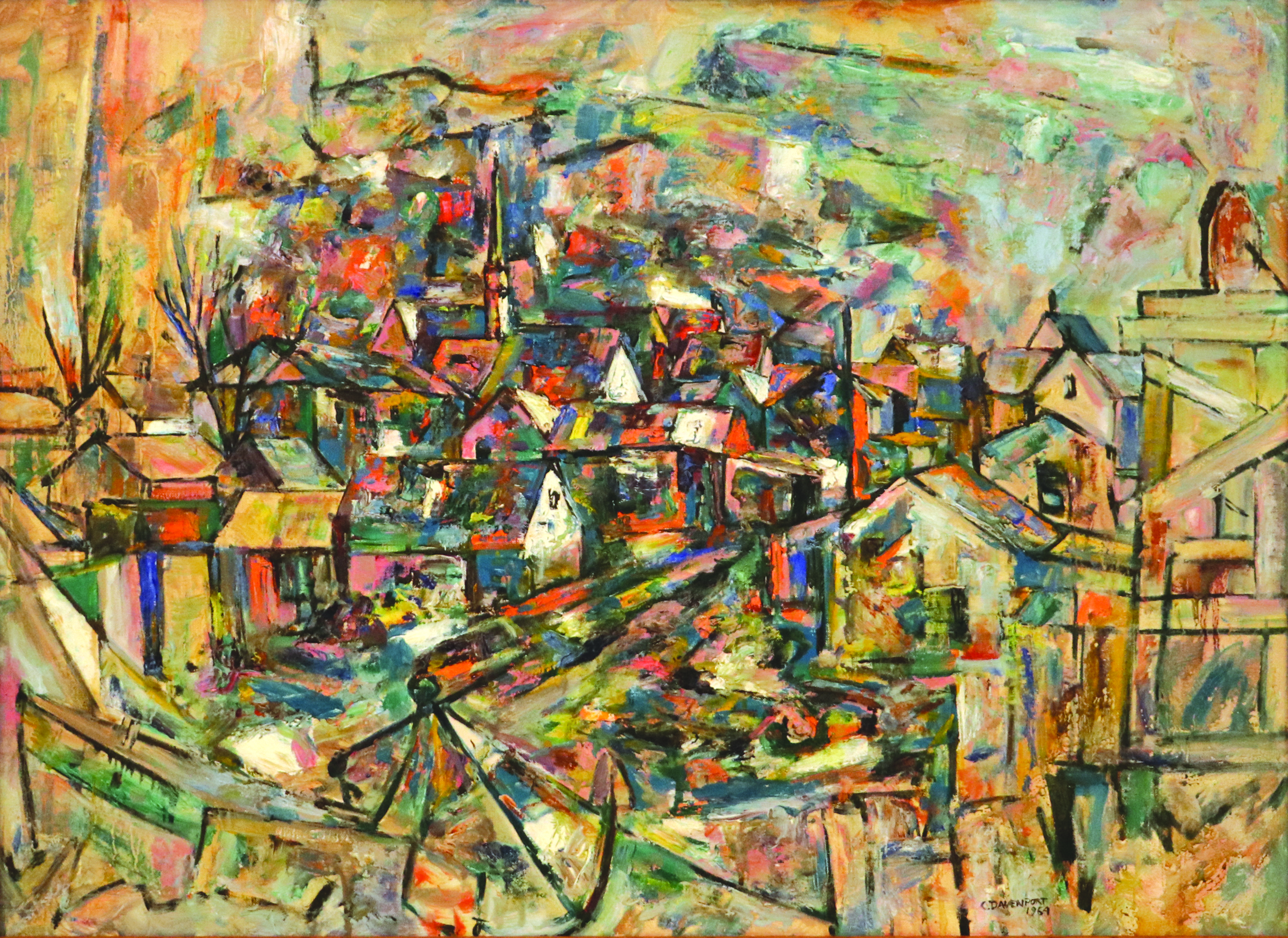 Carson Davenport was chair of the Averett College Art Department from 1943 until his retirement in 1969. He died on September 28, 1972. Many of the works acquired by the Danville Museum of Fine Arts and History was gifted to the museum from personal, private collections or purchased at auctions in the early 1980s. A few of the pieces were gifted through the Stratford collection. 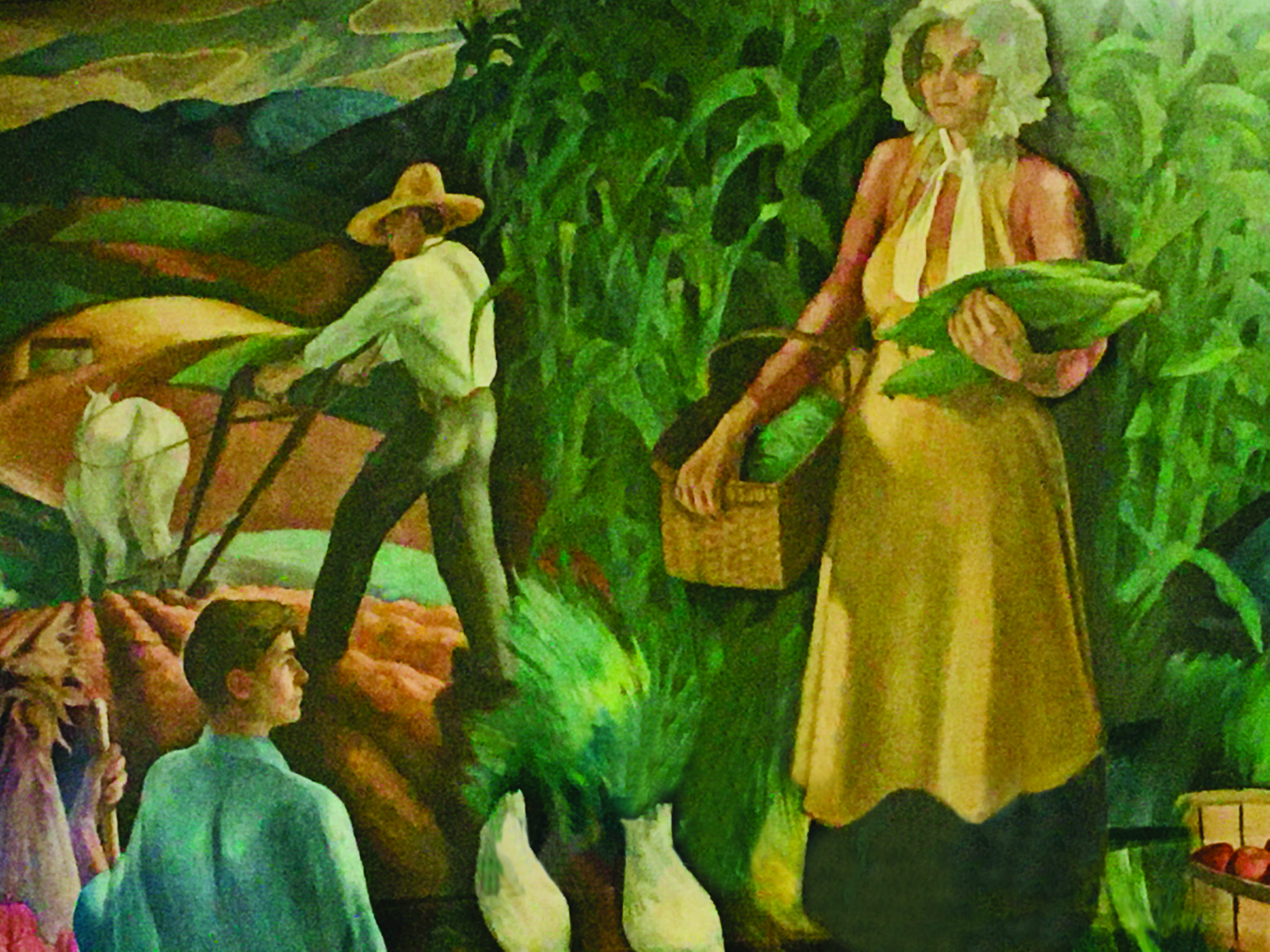 This Carson Davenport mural, mounted in the Chatham Post Office on Main Street, Chatham, VA, is one of 1400 murals produced by 850 New Deal artists during the Great Depression. This mural was completed in 1935 under the auspices of the U.S. Treasury Department’s Section of Fine Arts. The mural is oil on canvas and measures 12’ x 4’1/2”. Davenport’s work in the Federal Art Projects during the Great Depression brought him considerable national acclaim.

To register for the Carson Davenport Artwork Registry, Click Here