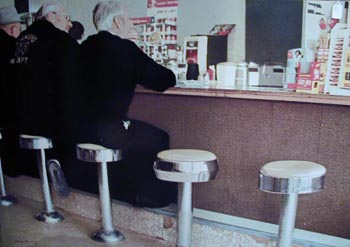 The Danville Museum of Fine Arts and History houses an extensive permanent collection of art works, antique furniture, and historical documents.  In addition to the 19th century furnishings and decorative objects that grace the historic Sutherlin Mansion, many of which belonged to the Sutherlin family, the museum is also the proud custodian of several other collections.  Most noteworthy are the Kennedy-Revell Collection, the Stratford College Collection, and collections of works by 19th, 20th and 21st century artists.  The museum is also the repository for the Wooding Collection and for a large collection of period attire.

The Hall of Fame was established by the Danville Museum in 1974 to recognize and honor citizens of the area whose achievements have been outstanding. Specific criterion for election to the Hall of Fame are persons of note who have worked within the area and who by achievement in their respective field have attained national stature as to reflect credit upon themselves and consequently upon Danville and Pittsylvania County.

Miss Mabel Kennedy, dean of Stratford College from 1930 until her death in 1969, amassed an impressive collection of art objects and antiquities over a period of years with the assistance of her brother, Hoffman (Henry) Kennedy, a Parisian and New York antique dealer.  Dean Kennedy purchased paintings, furniture, textiles, china, silver, and sculpture dating to the 15th century that was displayed throughout the college.  Mrs. Anne Carrington Revell, who became a voice teacher at the college in 1910, shared Kennedy’s passion for European culture.  When Stratford College closed in 1974 and the property became part of the Memorial Hospital, now Danville Regional Medical Center, over 1000 items were given to the Danville Museum of Fine Arts and History.  Many of the items are displayed on a rotating basis.

The museum has numerous portraits of Sutherlin family members and prominent local citizens, most by renowned artist William Garl Brown, as well as two fine paintings by Belgian artist William C.A. Frerichs that belonged to the Sutherlins, Boaz Taking Ruth as His Wife and The Sacrifice of Isaac by Abraham, as well as several Edward Gay landscapes.

The museum’s collection focuses primarily on regional artists; however, nationally and internationally known artists are also represented.  Thomas Hart Benton, Grant Wood, Luigi Lucioni are among the early 20th century American artists represented.  The museum has an impressive collection of works by Carson Davenport, well known for his mosaic- like watercolors and oils of Danville and Chincoteague.  The Abingdon Square Collection, founded by Danville native and nationally known artist and teacher Harriet Fitzgerald, includes works by Fitzgerald, Peggy Anderson, and others.  Regional artists Paul Bond, Jane Appleton Bond, Maud Gatewood and Robert Marsh comprise part of the later 20th century collection.  Photorealist Tom Blackwell, Ron Kleeman and Ralph Goings, and Outsider artists Howard Finster and Victor Gatto are among the more modern schools represented.  The museum continues to add to its collection through the generosity of patrons and exhibiting artists, and displays works from the collections on a rotating basis.

Harry Wooding was a Civil War veteran and Mayor of Danville from 1892-1938.  Objects in the collections include several oil paintings of members of the Wooding family, numerous silver pieces, personal objects, scrapbooks and photo albums. Other items of note are Civil War letters written to and from his brothers, also Civil War veterans, and Harry Wooding’s handwritten autobiographies.

This exhibit explores the development of the Confederate government and the effects of the Civil War on Danville and its residents.  Through this self-guided tour, visitors learn how the city housed hospitals, prisons, and finally the President of the Confederacy, Jefferson Davis. Explore the impact of the railroads and the roles of women and African-Americans during this period of the city's history.

The museum is also the repository of various items of cultural or historical interest.   Artifacts from the True Friends of Charity, a post-Civil War benevolent society, the Wreck of the Old 97 and the Dibrell Tobacco Company are among the many items in the collection.