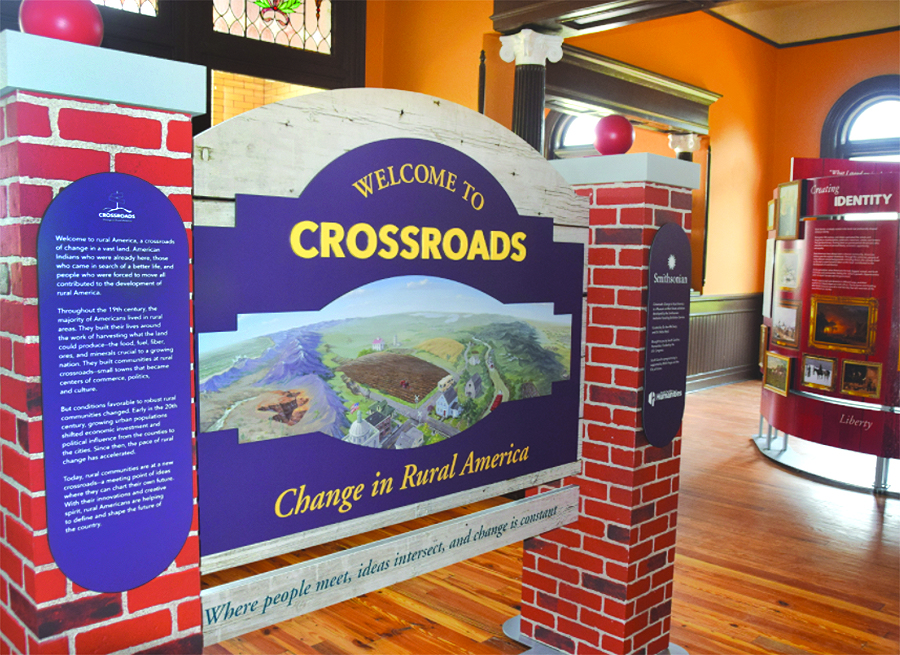 The Danville Museum of Fine Arts and History (DMFAH), in partnership with the Smithsonian, the Virginia Association of Museums (VAM), and their Crossroads Community Partners: Chatham First, Old Dominion Agricultural Complex, Pittsylvania County Historical Society, and the Reid Street Gallery in Chatham Virginia, have teamed up to bring you Crossroads: Change in Rural America.

Crossroads is part of Museum on Main Street, a collaboration between the Smithsonian Institution and state humanities councils nationwide.

About Crossroads: Change in Rural America

Many Americans assume that rural communities are endangered and hanging on by a thread—suffering from outmigration, ailing schools, and overused land. But that perception is far from true in many areas. Many rural Americans work hard to sustain their communities. Why should revitalizing the rural places left behind matter to those who remain, those who left, and those who will come in the future? All Americans benefit from rural America's successes. We can learn great things from listening to those stories. There is much more to the story of rural America!

Crossroads: Change in Rural America offers small towns a chance to look at their own paths to highlight the changes that affected their fortunes over the past century. The exhibition will prompt discussions about what happened when America’s rural population became a minority of the country’s population and the ripple effects that occurred.